A SNEAKY PEEK INSIDE MY BEDROOM 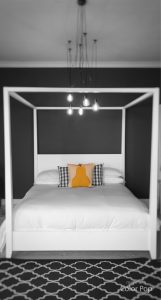 Doing our house up has been a labour of love. When we bought it four years ago it needed a lot of work. Structurally it was all in good shape but cosmetically it was very dated having not been touched for 30 years.

Unlike previous houses, we have worked slowly on this one which has been wonderful as it has given us thinking time. It has also had the added advantage of allowing us  to save between projects to give us a more generous budget for each phase.

We started our bedroom a couple of years ago, but I was so focused on other, more important rooms that I never really gave it much thought and so it has been somewhat neglected. All we did at that point was paint and re-carpet.

In our bedroom we are very lucky to have a triple, virtually floor to ceiling bay window which takes up one wall. Another wall is taken up with a large bank of built in wardrobes, so I only really had to worry about the two remaining walls. As the room has so much natural light I opted for a very dark grey paint (Dark Lead by Little Green) for the walls. I had all of the woodwork, shutters, wardrobes etc painted white.

Having now almost completed the rest of the house I thought it was time to revisit our bedroom. Despite still not being finished, my starting point was to buy a new bed, something a bit more interesting than our old one. One bed I really liked was this one from Loaf (which I actually dont think they make any more). 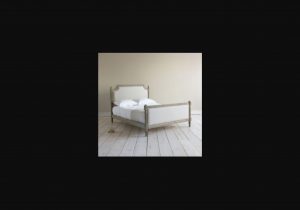 My husband is usually super chilled but on this rare occasion he said that he really wasn’t keen on it. I had to rethink. After scouring Pinterest we eventually decided on a super king Pimlico bed by The White Company. 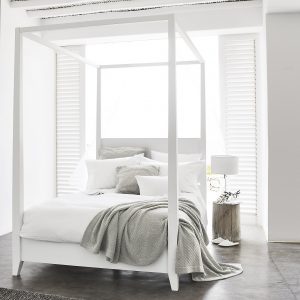 While I was in store ordering it I grabbed a new set of bed linen (as my eldest has now inherited our old super king). I went for the Avignon Bed Linen in silver/grey… I’m a sucker for a pompom! (there is a 20% discount at the moment).

I also needed new superking pillows, a topper and a duvet which I bought from Soak and Sleep – currently 20% off everything on the website! When I buy bedding, which I rarely do, I try and buy the best quality I can afford. I love goose down duvets and pillows as they are so lightweight, warm and incredibly soft. 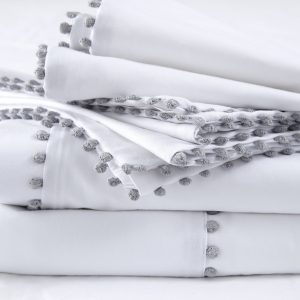 I nipped to Ikea the other day and found the rug, it goes perfectly with our dark grey and white scheme and was a bargain at £59. I also bought the checked cushions while I was there.

I’ve saved the best till last… my two favourite additions to the room are the lights and the pear cushion. The lights came from Olive and The Fox in Tunbridge Wells which is my go to favourite lighting shop. 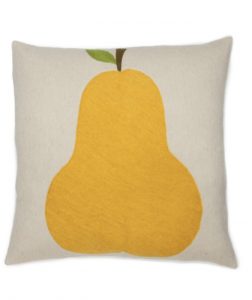 I found it on the Somerville Scarves website which, as some of you may know is where I bought my absolute favourite chunky camel scarf. 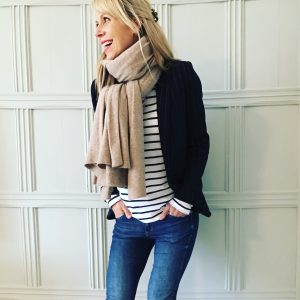 Their website is really worth a look as they have so many gorgeous things. My next purchase will most definitely be the cherries cushion which I think will be the perfect match for the pear! 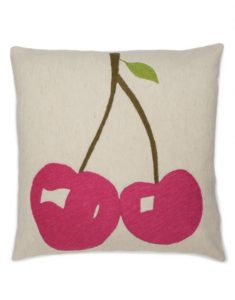 I’m really pleased with what we have done so far but there is still plenty to do…  lamps, pictures, bedside tables, curtains, window seat cushions, furniture… all in time… all, I’m sure, in another blog…

THE REBRAND OF COLLIER WEBB